As Chairman of the Board of Directors, Jerome Lyle Rappaport provides guidance on the overall direction for New Boston Fund.

Mr. Rappaport has over 50 years of real estate investment experience, including the development, management and sale of one of the largest mixed-use developments in New England, Boston’s Charles River Park. Guided by the Rappaport family, Charles River Park grew into a thriving community that ultimately consisted of 2,300 units of housing, well over 500,000 square feet of retail and office space and over 3,400 parking spaces. Mr. Rappaport also played a prominent role in the redevelopment of the Charlestown Naval Yard in Boston, the redevelopment of 2000 Commonwealth Ave in Brighton, MA, and numerous other real estate investments in the Northeast. Mr. Rappaport has been a driving force in Boston’s urban planning affairs since the 1950’s and has served on the boards of several civic, charitable, and professional organizations. He has also founded a number of charitable and research programs, including the Jerome Lyle Rappaport Charitable Foundation and the Rappaport Institute for Greater Boston at Harvard University’s Kennedy School of Government. Mr. Rappaport is also the founding member and senior partner of the law firm of Rappaport, Aserkoff & Gelles.

Mr. Rappaport received an AB from Harvard College and an LLB from Harvard Law School as well as an MPA from Littauer School of Government at Harvard University. He was also the recipient of an Honorary Degree from Suffolk University Law School. 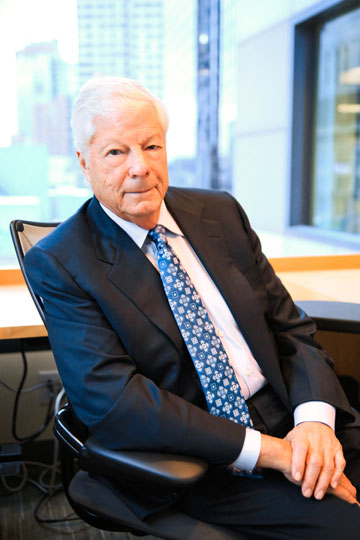